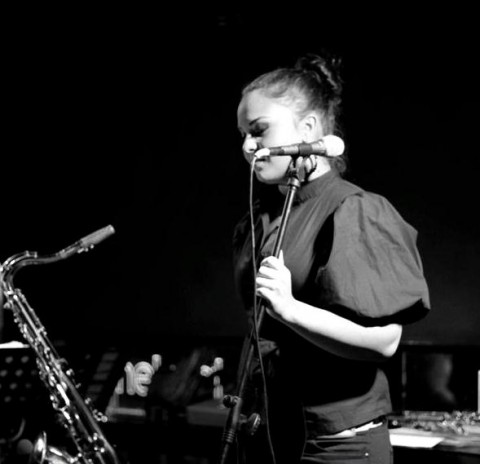 Born 1988, Pleven Bulgaria. She grew up in a family of musicians, making her first TV appearance at the age of 7. First awards came as a leading singer of a children vocal group in Pleven and at folklore festivals. Her extravagant music roles did not end up in childhood: Elena graduated the Pleven Music School as a percussionist. At present she is completing her education at the Sofia Music Academy (pop and jazz singing), in the meantime recording an appearance in a musical. A sincere voice offering a colorful variety of genres. Elena sang in projects such as Erykah Badu Tribute and Stevie Wonder Tribute. She provides backing vocals for Stoyan Royanov Ya-Ya, Maria Ilieva, Beloslava and Tri O Five. Elena released her first single Sometimes in 2012 in collaboration with Music Clinic Records.